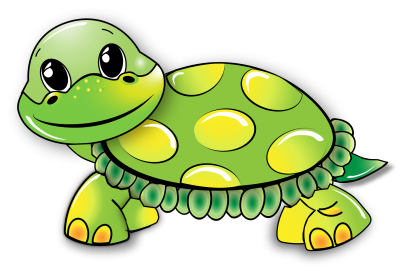 July 7 is Tell the Truth Day

Growing up in the South, I was often asked, “Are you telling me a story?”

That question carried a sense of foreboding, as it always was asked of me when my honesty was in question. Did I really brush my teeth? Or did I just wet my toothbrush? It didn’t take me long to figure out that my parents’ threats of checking my toothbrush to see if it had recently been used were easily countered by simply…getting it wet. Fortunately for me, it wasn’t long before they were onto me. My teeth and my integrity are stronger for it. Thanks, Mom and Dad.

But it’s an interesting question, isn’t it? Was I telling a story? Or was I just lying?

The difference, most likely, is the desired outcome, my reason for telling a falsehood. In this case, I was lying, seeing how much I could get away with while I was in the “trying things out” area that is early childhood. I was avoiding punishment. But it didn’t last; I learned very quickly that it simply wasn’t worth the sneaking around, the apprehension, and the plain ickiness I carried in my stomach. It was easier by far just to brush my teeth and laugh YES! when asked if I had.

But are lies and stories the same? Isn’t it true that stories – tales that are not factually true or accurate – can be beautiful ways to learn and describe moral principles and truths?

Take the account of George Washington and the cherry tree. When he, at the age of 6, was given a hatchet as a gift, he damaged his father’s cherry tree with it. When his angry father confronted him about it, he bravely said, “I cannot tell a lie,” and confessed to the damage. His father was so proud of him for telling the truth that he embraced him and proclaimed his candor was worth 1000 cherry trees.

This is one of the most well-known stories for preaching the virtue of honesty and, ironically, the story itself is not true. It is a myth, a legend, a children’s story, a fable. Its factual veracity is in doubt.

And yet….doesn’t it teach us something? Something profound? Something invaluable?

Another familiar example is Aesop’s fable of The Tortoise and the Hare. Since the story unfolds through talking animals, not a historical figure, it’s much clearer that this event most likely didn’t actually take place. There are no hang ups about where exactly the starting line was, or what color the tortoise’s shell was, or which exact kind of tree it was the hare chose to nap under. The truth of this story is not in the details or the “facts.” It is in the moral of the story, the lesson taken from it.

This is a lie that tells the truth. The message encoded within it is pulled from the myth and then applied in a real way in the real world, for the betterment of the reader. Even if it is difficult or unpleasant to hear or put into practice, it is for personal growth. Young George faced his father’s wrath. The turtle embraced hard work. And they were both better for it.

And there is the difference. Truth guides and serves. It is selfless and bountiful. Dishonesty misdirects and dominates. It is selfish and petty.

And we all know which is which. If you’re having the best day of your life and someone asks you how you’re doing, you could say, “I am the head lion in my pride,” and no one would be hurt or deceived by your description. If anything, the metaphor told the truth as to how you felt at that moment better than anything else could.

In the end, our moral compass is our guide, and it will never fail us if we never fail to listen to it. It’s what gives us that internal pat on the back when we do right by someone, and that makes us feel just rotten when we’ve been hurtful.

I may no longer have to answer to my parents about skipping a tooth-brushing, but I do have to answer to myself, and about greater things. Whether it is my mother and father, or Aesop and boyhood Washington that keep me striving for authenticity, I am grateful for all the stories that support me even now in my efforts.

So how to celebrate this Tell the Truth Day?